Political venture, that helped ex Prime Minister David Cameron win the election in 2015, is keeping on developing. Exit of Great Britain from the European Union — brexit — from the very beginning has been supposed to be a long and complicated process.

Now it is being prolongated mostly because of such reasons:

The decision of High Court of London

52 % of British public voted for brexit. The United Kingdom and the European Union came to an agreement. Theresa May — 76th Prime Minister, who has come to authority after David Cameron, planned to initiate the exit from the European Union in March 2017. But now this schedule can be disrupted. On the 3d of November, 2017 High Court of London decided, that House of Commons should accept the brexit before Cabinet of Ministers starts this process. Chief Justice of England and Wales claimed that the head rule of constitution of the Unites Kingdom is independence and superiority of parlament, decisions of which the Crown represented by the Cabinet can’t decline or change.

This decision was a big demage of Theresa May’s reputation. She had to decide to take a vote. But its date was postponed, because the Prime Minister realized that she wouldn’t marshal enough votes for acception. 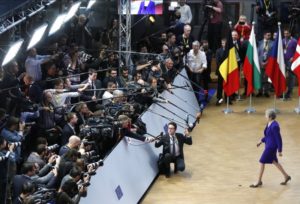 When will the United Kingdom exit the European Union?

According to the agreement between Theresa May and the European Union, brexit should happen on the 29th of May. Prime Minister said that the UK would exit the EU even inspite of Parliament’s refusal to accept the agreement about brexit. According to her words, the matter of prolongation of negotioation can be brought to attention only in case of the existance of the reliable alternative plan of exit. She claimed this during a speech before Parliament on the 16th of January, 2019.