Taking into account the official figures of Federal Customs Service, Russian deliveries to the USA reached 12,5 billion dollars this year and almost rose to a level of import. But in fact, Russian Federation permanently sells more, than buys. According to the American statistics, the import from Russia in 2018 was 21,5 billion dollars. But not all supplies are taken into account by FCS, because they go to the USA through other countries and foreign mediators.

What are the most needed commodities:

Oil is the leader and forms a major part of Russian exports.

Russia supplies the American concern Boeing with titanium and aluminum. It sells not only sheets and plates of metal, but also ready-made parts for aircraft. This country supports 35 % of the Boeing needs of titanium.

Russian Federation is the country number 3 in steel and rolled products on the US market. Sales of ferrous metals has risen the last eyar, even against the increase of the duties on the import. 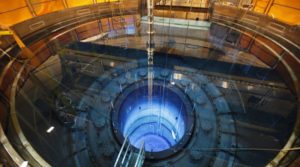 The statistics of the atomic fuel is confidential in RF. But, according to the US Ministry of Energy information, in 2017 Russia overtook the third place among all the countries-suppliers with the part of 16%.

Products of the chemical industry

The main goods are fertilizers, especially – nitrogen ones. Also, in 2018 has gone up sales of:

Russian power units place American rockets in outer space. Russian Federation has the contract with the USA for the delivery RD-180 rocket engines. Also, this country supplies the USA with other machines, such as:

The main products from this group are platinum, diamonds and sapphires, which are used not only in jewelry business, but also in automobile, medical and electronics industries. And artificial sapphires produced in Stavropol are used by the Apple company.

Necessary for the USA Russian products are: lasers, exposed cable, and carbon electrodes. Their sales are keeping on growing.